Fundraiser For Security Guard Stabbed In Venice Raises Over $10K 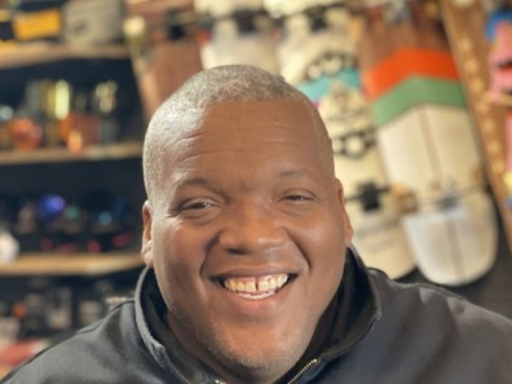 VENICE, CA June 9 2021— Community members have raised nearly $11,000 to help a security guard who was stabbed last week outside a Venice skateboard and snowboard shop.

“T was asking a homeless man to vacate the store’s parking lot, when the man then broke a bottle over T’s head and proceeded to stab him multiple times with the broken bottle.

He is currently in the hospital,” according to the GoFundMe for Help Tariq “T” Ali.

The attack on Ali happened June 3 at the parking lot outside Arbor Collective, 102 Washington Blvd., near Pacific Avenue. The suspect in the attack was arrested, The Venice Current reports.

“T is a beloved member of the Venice community. Even kids from the nearby school know him, and say hi to him,” the GoFundMe says.

Ali was released from the hospital but had to return to the emergency room Sunday night due to pain and swelling in his left hand, according to the fundraiser organizer.

“He was admitted to the hospital, and early this morning they did surgery to clear out a bad infection,” the fundraiser organizer said. “Fortunately, the surgery went well, and he is now recovering. They may go in again later today in order to make sure they got everything. If not, he should be released as soon as tonight. In any case, we will get him back home as soon as we can.”

He’s grateful for the response he’s had since he was hurt.

“He wanted me to thank everyone for all the well wishes. He is pretty overwhelmed by all the love he is receiving. Thank you for helping him feel the support he needs to recover. This community truly stands by our own,” the organizer said.