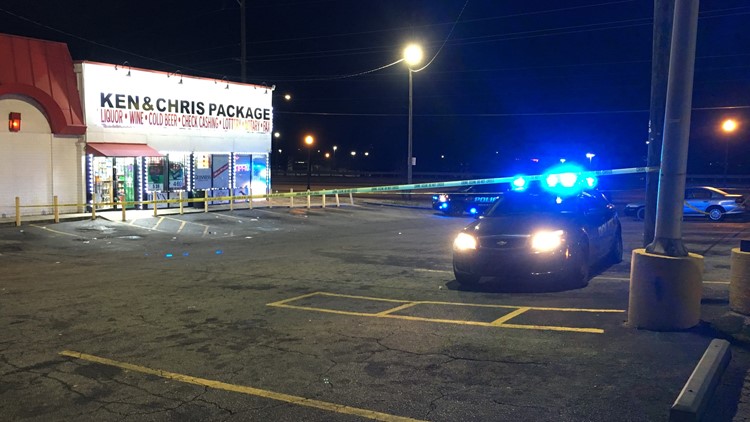 A security guard was shot several times Sunday night after police said he had to escort two disruptive women from the DeKalb County convenience store where he worked.

It happened around 10:30 p.m. at the Ken and Chris Package Store off Candler Road. According to a police report, it all began after an argument.

Police said a customer who is a woman got into an argument with one of the employees at the store. According to the police report, the woman had been banned from the store for previous, similar altercations, including one from the day before.

When the employee reminded the woman, she allegedly became irate and responded back with, “I’ll beat your a**!”

The employee asked the security  guard, Demontrez Houston, to escort the woman and another woman customer out of the store, but that’s when the altercation quickly ramped up.

Once outside the store, police said the argument between the women, a second employee and Houston continued. That’s when a man got out of a light blue vehicle parked in front of the store, walked toward the group and began a new argument. Soon after, police said the unidentified man pulled out a gun and started firing off several rounds at Houston.

Bullets hit Houston in the abdomen, buttocks and right leg, causing him to fall to the ground. The gunman retreated back to the car, but not before shooting at Houston another several times while he was still on the ground.

The second employee grabbed at the gunman’s arm to get him to stop shooting – because of that, police said Houston was able to escape back inside the store. The gunman shook off the employee and got back into his car and drove off with the two women. As the car sped off, police said Houston returned fire, hitting the vehicle.

First responders took Houston to the hospital for treatment. Meanwhile, investigators gathered statements from witnesses. They later recovered a total of 11 bullet casings from the scene.

The investigation and the search for the suspects is ongoing.