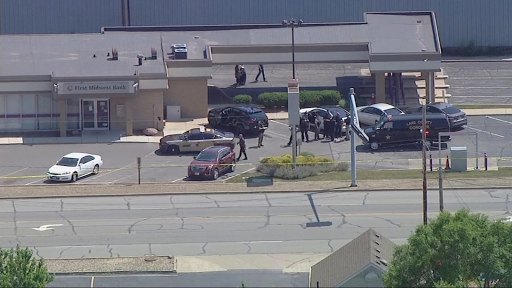 A bank security officer has been shot and killed during a robbery in Indiana.

The FBI is reporting the security officer was gunned downed this afternoon by suspects who robbed the First Midwest Bank at 1975 Ridge Road around 1:17 p.m.

Police say that the men fatally shot the security officer in cold blood as they were preparing to rob the bank.

Investigators said they believe the security guard was approached outside the bank and may have been ambushed.

A massive manhunt is now underway.

The Lake County Sheriff’s Department said their investigation is ongoing.