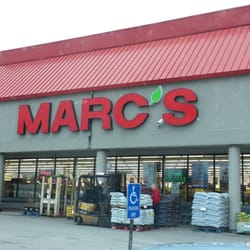 Akron OH May 10 2019 A Marc’s security employee was dragged for a short distance by a getaway vehicle after an attempted robbery at 11:45 a.m. Wednesday at the East Waterloo Road store in Akron’s Coventry Crossing neighborhood, police said.

The 34-year-old security worker reported that a suspect filled a cart with items and attempted to leave the store without paying for them. The worker and manager stopped the suspect, who walked away from the cart, but the worker “put the suspect in an arm bar” and tried to stop him from leaving the scene, police said.

The suspect then climbed through a passenger side window of a getaway van with the worker still holding on and the vehicle started to drive away. The worker was dragged for a short distance before the driver stopped and the worker was able to free himself, a police report says.

The suspect was described as a white male, 30 to 40 years old, 5-foot-9 to 6-foot tall, weighing 180 to 210 pounds. He also was bald. He was wearing a black Cleveland Indians hat, black T-shirt and jeans.

The suspect vehicle was described as a dark colored van with a license plate starting with HDM and driven by a white female.