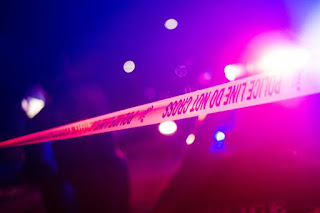 Katy TX Feb 10 2021 – an off-duty deputy working security at an apartment complex shot a man suspected of breaking into cars.

The man that the Harris County Sheriff’s deputy shot at during a suspected car break-in is now charged with aggravated assault with a deadly weapon, authorities said Monday.

The deputy was not hurt, but Rudegelio Buning Tacorda, 47, was, the Harris County Sheriff’s Office said. He was cut in the hand during a shootout with the deputy.

According to the Harris County Sheriff’s Office, the shooting occurred Saturday at an apartment complex in the Katy area around 8:45 p.m. at 23614 Western Center Dr., near Katy Freeway and Highway 99.

Officials said the suspect fled the scene, but he showed up at Memorial Hermann Hospital with the gunshot wound to the hand.

‹ Security industry sees 32 deaths in first five weeks of 2021 › Leeds UK Feb 10 2021 A Leeds-based security provider is providing free nightly patrols in response to an upsurge in attempted break-ins in West Leeds. Servo Group is adding the Saxtead estate and surrounding streets, in Wortley, to its nightly security patrols, free of charge, and it’s urging local residents to be on their guard in response to a recent crime spate. The move comes after an increase in attempted break-ins on homes and cars in the area – local residents are concerned after reports of a criminal gang trying doors and vehicle and a number of thefts including play equipment from nearby Christ Church Primary School in Armley. The UK-wide, multi-service provider is spreading the word so that local residents know that its vans will be driving around the area through the night as a safety measure. It has also warned residents to take extra precautions with their homes and vehicles for the next few weeks. Glen Crosthwaite, from Servo, said: “We’ve been made aware that there is a group in the area who are trying to get into vehicles and gain access to homes on the Saxtead estate and surrounding streets. “We want to urge people to take extra care – don’t leave possessions on show in cars, use security lights at night where possible and keep an eye out for each other. We’ve stepped up our patrols in the area to combat the problem so if people see a Servo van driving around through the night, be aware that it’s part of a security patrol.” The patrols in Wortley are one of many initiatives that Servo has taken to keep local communities safe – last year it offered free security provision to New Farnley Cricket Club following an arson attack that caused over £100,000 worth of damage. Although burglaries and vehicle crime in Leeds were down by as much as 20 per cent at the start of the last lockdown, rates started to rise again at the beginning of last year, and Farnley and Wortley has a burglary rate of 212 crimes per 1000 people – above the national average. Mr Crosthwaite, who lives in Wortley, added: “We know the residents of this area are concerned about these attempted break-ins at a time that’s worrying enough for everyone already. It’s especially important to be vigilant though if you live in Wortley, take every available security measure on houses and vehicles and look out for your neighbours.” The security patrols will be taking place around the area a few times each night for the next few weeks, always in a branded Servo van.