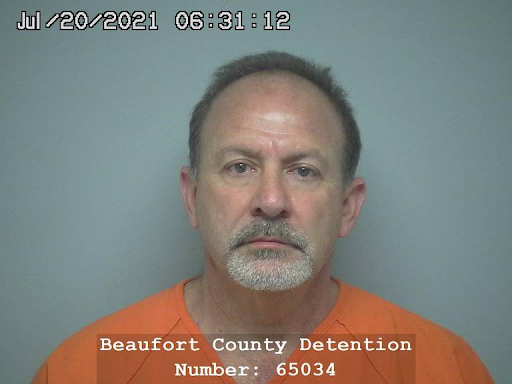 Beaufort County SC July 23 2021 The head of security at a Hilton Head gated community was arrested on charges of assaulting a security guard at a Bluffton community, according to the Beaufort County Detention Center jail log.

David De La Rosa, 61, of Bluffton, security head for Spanish Wells Plantation, was charged with assault and battery in the third degree on Tuesday, according to the jail log.

De La Rosa is accused of assaulting a security officer at Rose Hill Plantation in Bluffton at 3:20 p.m. on July 11, according to Beaufort County Sheriff’s Office spokesperson Maj. Bob Bromage.

Bromage declined to provide further details about the case.

An officer at the Spanish Wells Plantation security office declined to comment or provide his name.

The Island Packet and Beaufort Gazette do not typically publish mugshots or identify people arrested on misdemeanor charges unless they are people in positions of public trust.

The Sheriff’s Office investigated the incident July 11, Bromage said, and on Monday obtained an arrest warrant. De La Rosa turned himself in on Tuesday, Bromage said.