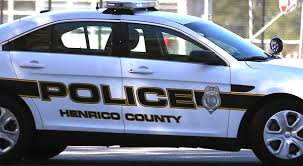 Henrico County VA Jan 31 2018 Henrico County police used pepper spray at Varina High School after an officer was attacked while trying to break up a large fight in a cafeteria, authorities said.

Two school resource officers responded to the fight during a lunch period at about 1:30 p.m. and other students became involved in the fracas as the police were trying to break it up, said Henrico police Lt. Chris Garrett. The school also was placed on lockdown.

One of the officers was attacked by several students while trying to stop the fight, prompting the use of pepper spray, Garrett said.

“Order was eventually restored, and anyone who was exposed to the pepper spray received treatment,” Garrett said in an email.

“While no arrests have been made, this incident remains under investigation and charges are anticipated.”

No officers or students were injured during the fighting “other than those who were exposed to the pepper spray,” Garrett said.

The school day continued on schedule and classes were in session, but the lockdown was scheduled to remain in place until the dismissal bell rang at 3:55 p.m., Henrico schools spokesman Andy Jenks said in an email to parents.