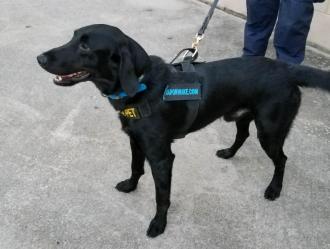 HOOVER, Ala. July 23 2020 The Riverchase Galleria has implemented new security measures after a series of shootings in recent years.

The most recent happened last month and left an 8-year-old boy dead and others injured.

The company that owns the mall announced the new security measures in a news release Thursday afternoon.

They include: Specially trained dogs that can detect guns with security officers.

Mike White, senior general manager of Riverchase Galleria said: “Riverchase Galleria has worked tirelessly to create a longstanding tradition as Birmingham’s premier shopping center. We welcome millions of visitors a year and strive to maintain a safe, peaceful environment for everyone. This new program was instituted as an additional measure of protection for our entire community.”

The dogs are a Labrador and a German Pointer. They will patrol the shopping center with a security officer and communicate with onsite officers with the Hoover Police Department.

The galleria also said there are a number of other new security features that they cannot disclose to the public because doing so would diminish their effectiveness.