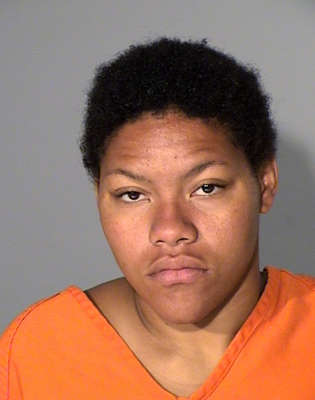 The woman involved in an alleged stabbing outside Regions Hospital on Tuesday had been arrested and charged two weeks earlier for stabbing a man in Minneapolis.

Floyd, who was charged Aug. 6 with second-degree assault for the Minneapolis incident, had been released on bail with her next court date set for Sept. 1.

According to the criminal complaint, on Tuesday afternoon she was seen at Regions Hospital in St. Paul speaking incoherently and acting strangely.

She is seen on video surveillance digging into her purse, pulling out a knife and approaching a Subaru parked near the west entrance to the hospital.

The woman told police that she did not know Floyd and that Floyd approached her car, mumbled something and began to stab her, according to the complaint. Police said the woman was stabbed 15 times with a 4-inch blade. One puncture penetrated the woman’s abdomen, an injury that had to be closed via sedated surgery, the complaint states.

A witness told police he saw a woman attacking an older woman who was sitting inside the Subaru. He said that when she walked away, he followed and took the knife from her in order to prevent another assault.

Hospital security held Floyd until police arrived. The victim was taken into the hospital for treatment.

Floyd was released on bail by Ramsey County District Judge Richard Kyle on the condition that she stay away from Regions Hospital. She is ordered to appear in court Sept. 13.

In the Minneapolis incident, on the evening of Aug. 4, Metro Transit police officers were dispatched to the Nicollet Avenue light rail station to find a man bleeding from his face. He told police that he had exited the station when he was knocked to the ground by someone behind him. He noticed he was bleeding and realized he had been cut by a knife.

Surveillance video of the incident shows Floyd stab the man, according to the complaint. Officers arrested Floyd and found a folding multi-tool knife on the train  platform, the complaint states.