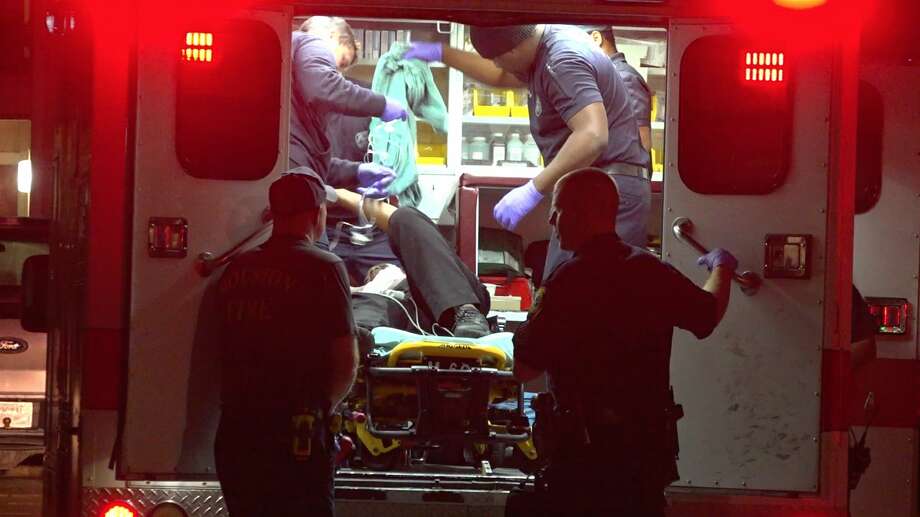 A security guard has been shot at an apartment complex in southwest Houston, police say.

It happened early Monday morning at the Summervale Apartments at 9221 Pagewood Ln. near Ocee.

Houston police were called out for someone burglarizing a vehicle.

When they arrived, officials said an officer saw the shooting, but the suspects ran off.

He was taken to Memorial Hermann Hospital. His condition is unknown at this time.

Police set up a perimeter to search for the suspects.

At this time no one is in custody.