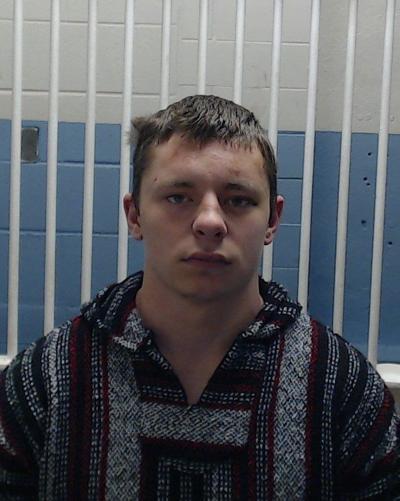 Sandwich IL June 14 2019 A Sandwich man was arrested for Criminal Damage to Property and Attempt to Disarm a Peace Officer following incidents at a hospital in Sandwich on Friday and Saturday.

According to the Sandwich Police Department, officers were called to the hospital in the 1300 blk. of N. Main St. at around 6:23 p.m. on Friday for a patient who was “out of control.”

Upon arrival hospital personnel advised that the patient, 23-year-old Charles Shoffner of W. Crofoot St., was agitated and had allegedly punched three holes in the wall.

Officers observed three holes in the wall, and a criminal complaint was signed against Shoffner for Criminal Damage to Property.

The report indicates that Shoffner was not taken into custody directly following the incident; a warrant for Shoffner’s arrest for the offense was signed on Monday.

Officers were called back to the hospital at 9:12 a.m. on Saturday to return a wallet to a patient.

Upon arrival, one of the responding officers observed Shoffner on his phone. The officer stood by with “the belief that [Shoffner] would become more agitated.”

Shoffner allegedly attempted to flee the hospital at around 9:55 a.m., and was pinned down by a security guard and a responding officer outside of the hospital.

Shoffner allegedly started tugging on the officer’s holstered pistol while the officer was attempting to handcuff him.

Following the incident, a warrant for Class 2 felony Attempt to Disarm a Peace Officer was signed against Shoffner.

Shoffner was booked into the DeKalb County Jail on Tuesday on the charges.