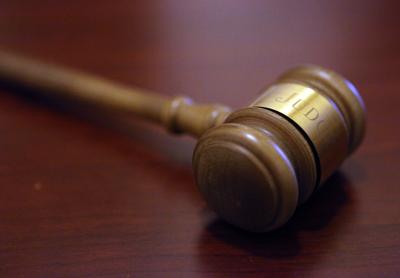 HAMMOND IN November 30 2019 A Griffith man with a once promising career in clothing design will now be measured up for prison garb.

Jackson pleaded guilty Aug. 28 to the charge of interference with commerce by threat of robbery and violence.

Jackson gave up his right to a jury trial under a plea agreement in which the U.S. Attorney would recommend leniency.

The judge agreed with the U.S. Attorney that Jackson deserved less than the maximum penalty of 20 years.

The U.S. Attorney’s office charged Jackson and 23-year-old Delvin X. Perkins of South Holland, Illinois earlier this year with the heist of an armored truck last year and targeting a second armored car in Merrillville March 18.

FBI agents and Merrillville police intercepted and arrested them outside the Aldi grocery at 10 E. U.S 30 that afternoon before they could take the money and run.

Defense attorney Mark Psimos argued in a court memo earlier that Jackson had been steadily employed since high school and previously had never been in trouble.

Psimos said Jackson was well educated and was writing books, giving motivational speeches to children and had started his own line of clothing called “Activate Your Inner Grind.”

Jackson parked the armored car outside a Blue Island, Illinois business where he was supposed to service an automated teller machine before continuing on to the other financial institutions.

Instead, Jackson left its side door unlocked so his co-defendant Perkins could loot it. The two later split the proceeds.

Agents of the Gary Response Investigative Team had the two men under surveillance the afternoon of March 18, watching as the defendants followed a Brinks armored truck making stops at businesses around Merrillville.

The government said the two men were prepared to rob it and only waiting to find a location where Perkins could rob the armored car driver and Jackson could drive away with its cash.

GRIT agents following the pair following the Brinks truck noticed the defendants wore dark clothing and their Jeep had a temporary license plate folded over to obscure its number.

When the agents thought a robbery was imminent, they and Merrillville police stopped the defendants at U.S. 30 near Broadway in Merrillville.

Police said both defendants were armed with handguns.

The judge ordered Jackson to pay his share of $527,374 in restitution.