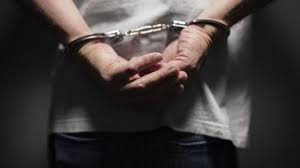 Looking for love in all the wrong places, a severely intoxicated man attempted to dance with and get close to several girls who were actively rejecting his advances.

Asked to leave the establishment in the 4200 block of Southeast Salerno Road, the man refused the security detail’s request and was forcibly removed.
Rejected, cast out and super drunk, the man attempted to vent his frustrations by attacking a security guard.

An arriving deputy took the man down to the ground and placed him in handcuffs.

Though his arms were restrained, his mouth was cursing up a storm and he was placed in the back of a patrol car. He was arrested for disorderly intoxication and later dropped off at the Martin County Jail.