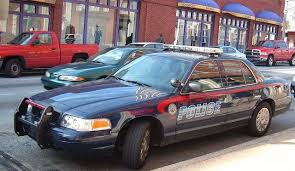 Deionte Davis, 24, died following a fight with the security guard at One12 Courtland apartments in October. Davis’ death was ruled a homicide by investigators.

Atlanta police said Monday that investigators pushed to charge the security guard with involuntary manslaughter, but a Fulton County judge declined to issue the warrant.

The fight started when Davis – also referred to as Junior — got into an argument with his friends, Ronald Myers and two others. Myers said they were headed to his seventh-floor apartment unit.

“It was a minor argument among friends that was between us and it was handled between us,” Myers said.

Myers said a security guard heard the commotion and followed the group into the elevator. Words were exchanged.

Myers said a video shows the security guard standing on top of his best friend, while another friend is trying to pick him up — but it didn’t stop there.

According to multiple witnesses, the security guard continued following Davis.

“He tackled Junior in my room. I never said, ‘Come to my room,'” Myers said. “The guy was heavy. It didn’t matter what he did. Junior could not move. No matter why and that’s when he took his neck and he snapped his neck down.”

Myers said he and the security guard tried to perform CPR.

“We gave chest compressions. I thought I was keeping my friend alive,” Myers said.

Doctors pronounced Davis dead at the hospital. His death had been ruled as a homicide.

“In response to an earlier statement released by the Atlanta Police Department regarding the death of Deionte Davis and the subsequent investigation into Ian Mizer, the Fulton County District Attorney’s Office must correct some of the information that was distributed. Recently, an Assistant District Attorney within our Major Case Division spoke with an Atlanta Police Investigator regarding the death of Mr. Davis. At that time, the ADA from the Fulton County District Attorney’s Office stated that based upon the information provided to him by the Police Investigator during that phone call, there was not enough evidence for a judge to issue arrest warrants for Mr. Mizer. The ADA expressed to the Investigator that the Judge would need additional information for that to occur. Based upon a lack of probable cause, a Magistrate Judge ultimately denied the request to issue said warrants over the weekend. However, at no point during this phone call or any subsequent communication did the Fulton County District Attorney’s Office express to APD that it was declining to pursue charges against Mr. Mizer. In fact, that only occurs after the case has been submitted to our office by the appropriate police agency and a thorough and independent review is conducted by our staff and myself directly. To this point, the Atlanta Police Department has not submitted the case to our office. If and when it does, we will make an independent determination as to how to proceed.”