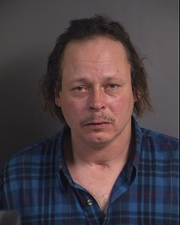 Iowa City IA Jan 22 2020 An Iowa City man was charged with assault over the weekend after an altercation with mall security.

Police were called to the Old Capitol Mall on Saturday morning after receiving a call that Rickie Allen Roberts, 41, had allegedly assaulted a mall security guard.

When officers arrived on the scene just before noon, the guard and a civilian were pinning Roberts to the ground.

According to mall security, Roberts had come into the mall “yelling and screaming and being disorderly,” the report reads. When the security guard approached Roberts asking him to calm down, Roberts allegedly shoved the guard, threw a chair at him and struck him in the side of the head with a closed fist.

The security guard then tackled Roberts to the ground and held him there until officers arrived, even as Roberts managed to bite his left hand, according to the report.

Roberts was charged with assault and has since been released from custody.

Roberts has previously been charged with assault and attacking peace officers.