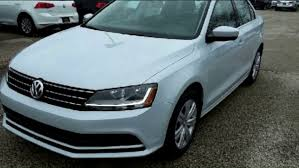 KANSAS CITY, Mo. September 13 2019 — A metro man says a public safety officer found his key fob and stole his car while on the clock.

And now he says the worker’s employer won’t cover the damages either.

KC Green bought his 2017 Volkswagen Jetta about three months ago. He said a man who works for the Downtown Community Improvement District (CID) stole it in July.

“These people who are supposed to protect this area and this district are not doing that,” he said.

Green lost his car’s key fob near his home, around 10th and Wyandotte, while on a walk with his dogs. He didn’t stress too much about it because he had a second fob at home he could use.

“I waited around for about an hour to see if anyone was lurking around or if it was taken, and it wasn’t. So I figured it was going to be safe,” he said.

But it wasn’t. The car was gone a couple of hours later.

A witness told Green a CID employee picked up the key fob. Green reached out to the private agency, which provides security and cleaning services downtown and in the River Market. He also filed a police report.

“I was really disappointed because the CID worker didn’t turn the key in,” Green said.

His car was recovered two weeks later. The suspect apparently left his phone behind, allowing police to track him.

“[The police] looked up CID employees and found this gentleman and found out that he was working during that time [he found the fob],” Green recalled.

Green said he spoke with CID’s director of operations, Santos Ramirez, and the executive director, Sean O’Byrne. He said O’Byrne told him the district’s insurance would take care of him.

However, when the district learned Green’s car was completely totaled, he said all communication stopped.

“They turned me over to their insurance, and their insurance said they don’t cover their workers,” he explained. “I was like, ‘That doesn’t make sense to me.’”

FOX4 tried reaching Ramirez and O’Byrne several times Wednesday via email and by phone. FOX4 even stopped by the district’s downtown office but was told both men had gone home for the day.

“If [they] would’ve reached out to me and said, ‘Hey, I really apologize. Maybe we can go a different route,’ I would understand. But total silence,” Green said.

Green is in the process of moving to California, but he said he can’t do anything until he finds a solution to his damaged car.

“I just want it resolved, so that I can move on with my life,” he said. “I would like that [district] to reach out to me and resolve the issue.”

A police report shows authorities arrested the alleged employee. FOX4 is not naming him because he was hasn’t been formally charged.

However, online court records show the man pleaded guilty to a Class E felony in 2017 for unlawful use of a weapon and is currently on parole.