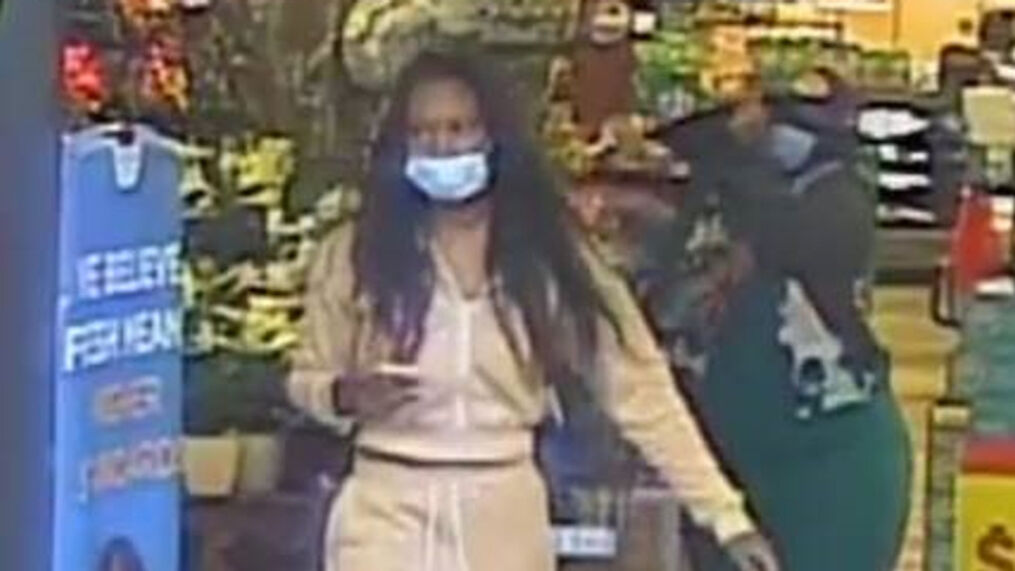 Police report the crime took place on April 11 at the Kroger located at 3410 Gallatin Pike. The women had left the store with a bag of merchandise valued at $270.

A security guard tried to stop the woman with the bag, leading to a struggle in which the security guard dropped her phone. The suspect wearing a green top in the photo grabbed the guard’s phone and fled to a Chevy Malibu driven by the second suspect.

The guard tried to stop the woman as she entered the car but the driver sped off, dragging the guard.