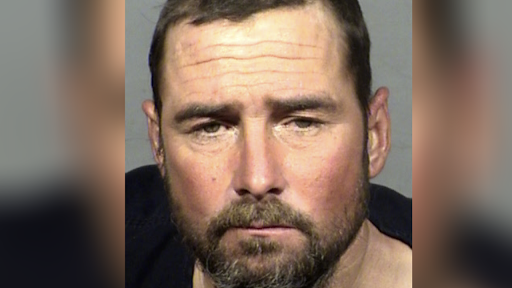 The security guard told police that he was conducting his daily foot patrol of the property where he worked on Jan. 20 when he smelled a foul and rotting odor coming from an apartment.

He knocked on the door but no one answered.

The security guard said he was concerned someone died or needed medical attention so he obtained a key to conduct a welfare check.

The security guard said that when he opened the door, he could see and smell feces and urine that covered the entire floor of the apartment. He also observed two pit bulls, later identified as Brisco and Bailey, inside the apartment. It did not appear that they had any food or water.

The security guard removed the dogs and called animal control.

According to the arrest report, it appeared that the dog named Bailey was severely underweight and had injuries from possible dog fighting. The dog also had several scars and was bleeding from her mouth. The dog was shaking and afraid but friendly towards the officers.

Brisco weighed more than Bailey but was also considered underweight. Brisco had an open wound to his neck and mild dental disease.

Peterson was arrested on Jan. 25.

Peterson is facing two charges of willful or malicious torture and maiming or killing of a dog or cat. He is scheduled to appear in court on Feb. 16.