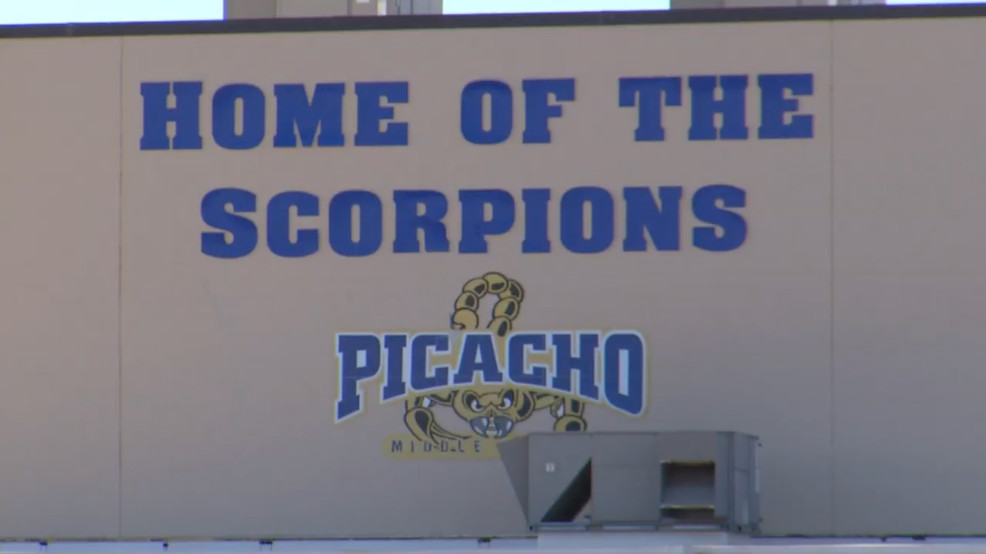 A civil suit has been filed against the Las Cruces Police Department and a Las Cruces police officer in connection with a shooting incident at Picacho Middle School in December 2019.

LCPD said Officer Francisco Estrada, who has been employed with LCPD for eight years and has been a school resource officer since August 2015, accidentally discharged his duty-issued handgun when he was in his office, which is directly next door to the school’s administration office.

The lawsuit, filed on behalf of a student who was in the school’s administration office, his two siblings and his mother, alleges Estrada intentionally fired his duty-issued handgun at a target on the wall in his office.

According to the lawsuit, the officer had just been involved in interrogating and lecturing the student in the administration office about the use of snap-its, a novelty firecracker that makes a popping sound when thrown at the ground, at the school.

Estrada is accused of knowingly sitting the student in a seat against the wall his office shared with the administration office and near the target he had placed on the wall.

The lawsuit says Estrada left the administration office, put a loaded magazine into his duty firearm and fired the gun at a target on the wall.

The bullet allegedly passed inches from the student’s head. The student said he heard a pop in his ear followed by a ringing sensation.

According to the lawsuit, the student’s hearing in that ear is now damaged.

The student’s brother learned of the shooting and went into a panic at the school, according to the lawsuit.

The student’s mother was notified by phone there was a shooting incident at the school involving her child and that her child was alive, but that she needed to come to the school immediately.

The lawsuit states the student is traumatized by the event, causing damaged relationships with his siblings and anxiety to the point that he can no longer attend school and rarely leaves the family’s home.

Estrada was placed on administrative duty following the incident.

‹ Security officer credited with subduing suspect after fatal supermarket shooting › They told cashiers they were Walmart execs as they scammed $900K, indictment shows