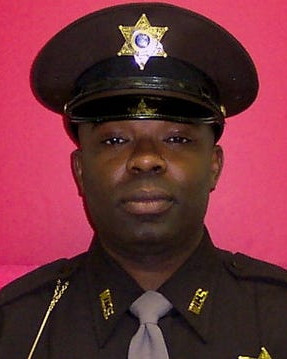 Corporal Bryant Searcy was killed when he was assaulted by an inmate at about 10:00 pm at Jail Division 2 at 525 Clinton Street in Detroit.

He suffered severe injuries during the struggle with the inmate after he was attacked. He was transported to Detroit Receiving Hospital where he succumbed to his injuries.

The inmate who attacked him remains in custody.

Corporal Bryant had served with the Wayne County Sheriff’s Office for 18 years and was assigned to Jail Division 2. He is survived by his wife and daughter.