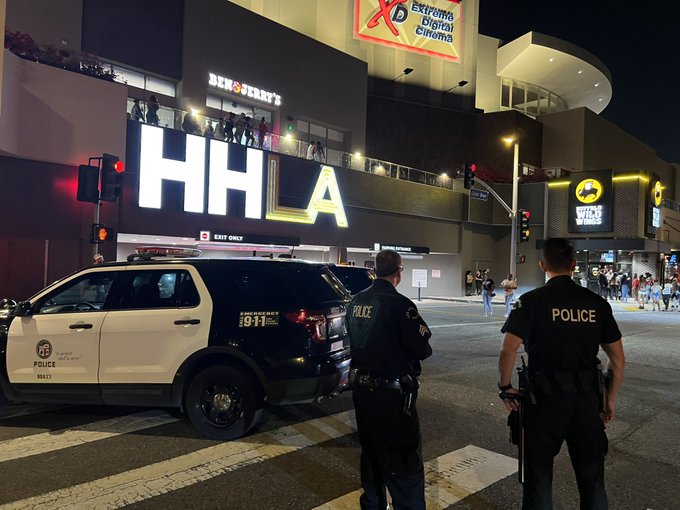 The incident was reported around 10 p.m. at the entertainment, restaurant and retail center at 6081 Center Drive, the Los Angeles Police Department said on Twitter.

“After detaining four individuals for robbery and assault with a deadly weapon, Pacific officers were able to bring order back to an otherwise peaceful holiday weekend,” the LAPD tweeted.

It was unclear what the alleged deadly weapon was.

Officers were assigned to remain in the area to maintain the peace, according to the LAPD.