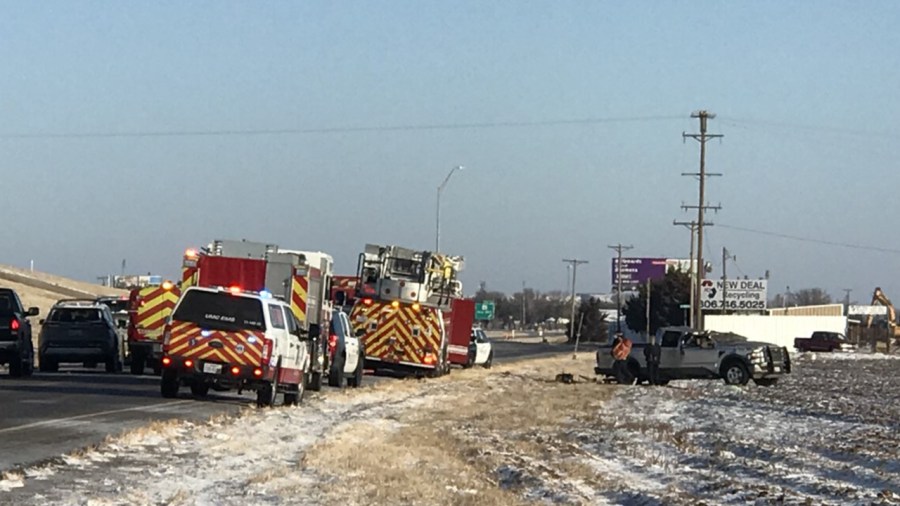 LUBBOCK, Texas January 11 2020– A firefighter and police officer were killed while working the scene of a crash on Interstate 27 Saturday morning in far north Lubbock, according to city officials.

A second firefighter was critically injured.

The accident was reported in the area of Interstate 27 and Drew Street (Farm-to-Market Road 1294).

The deaths of the first responders were announced during a press conference late Saturday morning at the City of Lubbock Emergency Operations Center.

Mitchell said the officer had been with LPD for one year.

Forgerson said a 39-year-old firefighter died at the hospital.

Mitchell said emergency crews were working the scene of a single-vehicle rollover just after 8:30 a.m. north of the airport.

A southbound vehicle then crashed into the median several yards south of the first crash.

While both accidents were being worked, another southbound vehicle crossed the median and struck the first responders, Mitchell said.

Snow fell late Friday evening and into Saturday morning in Lubbock, which led to icy roadways.

“Terrible news in Lubbock this morning. We have lost 2 brave first responders. As we await more news, please join Jan and I in praying for the Lubbock community and the families of these heroes.”

Former Lubbock Police Chief Greg Stevens also released a statement on the deaths of the first responders. Stevens is now the Chief of Police for the City of Rockport.

“Heartbroken for the @LubbockPolice and @LubbockFire on the loss of a police officer and a firefighter this morning working a traffic crash during inclement weather. Another firefighter still in critical condition. Please pray for all.”