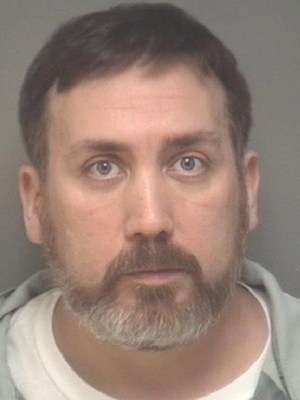 Madison VA May 5 2017 A detective with the Madison County Sheriff’s Office has been charged with four counts of sexually exploiting minors.
Bruce A. Harvey, 40, has been charged with two counts of transporting minors across state lines with the intent to engage in criminal sexual activity and two counts of interstate travel with minors with the intent to engage in illicit sexual conduct.
Federal prosecutors, along with members of the Virginia State Police and the FBI, said in a news release that Harvey was arrested and taken into custody on Wednesday morning.
Harvey, of Reva, had been assigned to the Internet Crimes Against Children Task Force, and was formerly an instructor at the Tong Leong School of Karate in Madison.
An announcement from the Justice Department said that Harvey’s alleged criminal activity took place between 1998 and 2007, and involved two female victims who came into contact with Harvey through his work as a karate instructor.
Calls to the number listed for the Tong Leong School of Karate went unanswered.
The Madison County Sheriff’s Office issued a statement Wednesday afternoon saying that Harvey has been suspended without pay pending further investigation. The statement noted that the office was first notified of the arrest on Wednesday morning and that the nature of the charges was not specified at that time.
An email to Sheriff Erik Weaver was not returned.
The Justice Department is asking anyone with information about the crimes or a potential victim to call the FBI at 800-CALL-FBI.
Daily Progress