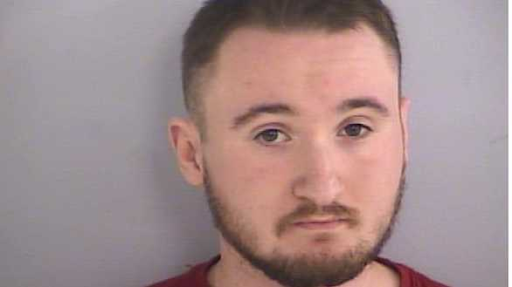 Hillsboro Ohio July 23 2021 A man accused of plotting a mass shooting and targeting sorority members at an Ohio college was arrested and charged with an attempted hate crime, the Department of Justice announced Wednesday.

Prosecutors said Tres Genco, 21, of Hillsboro, Ohio, allegedly planned to shoot women at the university, which they did not name.

He’s been charged with one count of attempting to commit a hate crime and one count of illegally possessing a machine gun.

If found guilty, he could face up to life in prison for the hate crime charge and up to 10 years for the weapons charge.

Last March, officers searching Genco’s residence discovered a firearm with a bump stock, which is used to shoot multiple bullets in a row, loaded magazines, body armor, and boxes of ammunition inside the trunk of his vehicle, officials said. Inside his home, they discovered a Glock-style 9mm semi-automatic pistol without a manufacturer’s marks or serial number, which makes the gun untraceable, they added.

Prosecutors said Genco is a self-proclaimed “incel,” which is described as an online community of “involuntary celibates” who seek to commit violence against women.

In one post, Genco alleged he sprayed several women with a water gun filled with orange juice, citing Elliot Rodger, who killed six people and injured 14 others outside of a University of California, Santa Barbara, sorority house in 2014.

Prosecutors said Genco attended Army Basic Training at Fort Benning in Georgia from August through December 2019 and frequently posted on a popular incel website, maintaining a profile from July 2019 through mid-March 2020.

Genco allegedly conducting surveillance at the college on January 15, 2020, officials said. On the same day, they said, he allegedly searched online, “how to plan a shooting crime” and “when does preparing for a crime become attempt?”