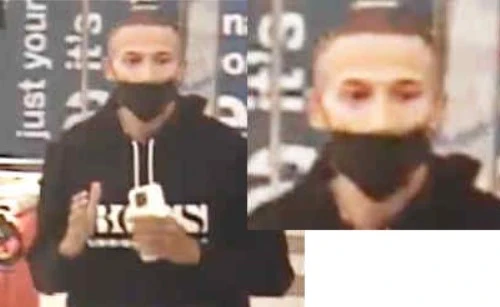 Los Angeles CA Nov 21 2021 A man who allegedly stole a perfume bottle from a Macy’s in Northridge before slashing a security guard late last month has been arrested, officials said.

The incident occurred about 9 p.m. Oct. 29 at the store located at 9200 Shirley Ave., Los Angeles Police Department officials said in a community alert.

The man allegedly stole the perfume and was approached by a loss prevention officer. That’s when the suspect allegedly took out a knife and cut the guard on the face, “barely missing his eyes,” police said.

Authorities provided a photo of the suspect after the incident.

Police on Friday said the man was in custody, but he has not been identified.

No further details about the incident or the arrest have been released.