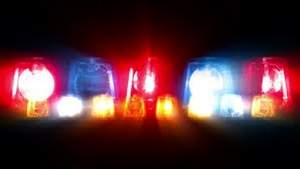 A 41-year-old man has been arrested after a knife was pulled on security staff at Leicester Royal Infirmary.

The incident happened during a fracas outside the hospital’s adult accident and emergency department, off Welford Road, early this morning.

Several patients and their family members witnessed the altercation.

One witness, who did not want to be named, said: “I’d spent the night there after taking in my sick wife. It was a very busy night.

“I’d gone to pick up my car to collect her when I saw a man shouting at two security staff members outside the entrance.

“It was pretty scary.”

He added: “I’d like to praise the security staff for remaining so calm and making sure no harm came to anyone. They were very professional and deserve credit, as do the nurses and other medical staff.”

LeicestershireLive has asked the University Hospitals of Leicester NHS Trust for a comment on the incident, and is awaiting a reply.

A spokeswoman for Leicestershire Police said: “We were called at 5.15am today to a report of a man threatening security staff with a knife outside the Leicester Royal Infirmary.

“When confronted, the man dropped the knife and left the scene.

“No one was injured during the incident.”

She added: “A 41-year-old man was arrested in Infirmary Road on suspicion of possession of a bladed article and affray.

“He remains in police custody.”