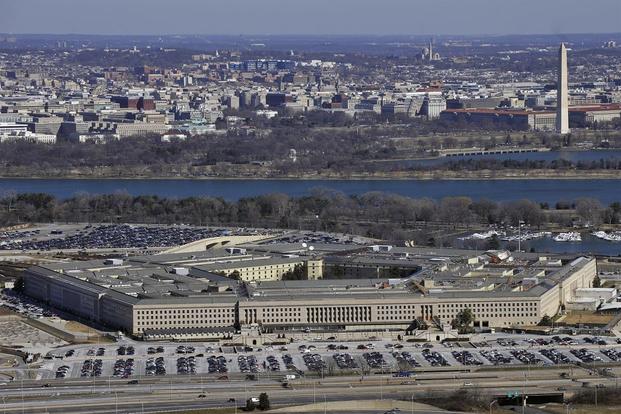 Four law enforcement agencies teamed up to find a man who had fled a Pentagon parking lot on foot Monday morning and ran into Arlington National Cemetery, according to Defense Department officials.

Officers from the Pentagon Police, Joint Base Myer-Henderson Hall Police, U.S. Park Police and Arlington County Police worked to apprehend the man, who was taken into custody at 1 p.m. on Monday. The man was allegedly seen acting suspiciously in the Pentagon’s North parking lot hours earlier.

When a Pentagon police officer approached him at about 10:45 a.m., the suspect fled on foot across Route 27 and into Arlington National Cemetery, Sue Gough, a Pentagon spokeswoman, said.

“The suspect is currently being questioned by the Pentagon Force Protection Agency in coordination with the FBI,” she said.

The Pentagon Police examined the area and vehicles where the suspicious activity was observed, Gough added. They determined the area is now safe

Officials at Arlington National Cemetery also said there’s no threat to the public or visitors. Cemetery operations are continuing as planned.

Pentagon Force Protection Agency referred additional questions about the incident back to the Pentagon, which were not immediately answered.

“As this is now an ongoing investigation, we have no other details to provide at this time,” Gough said.