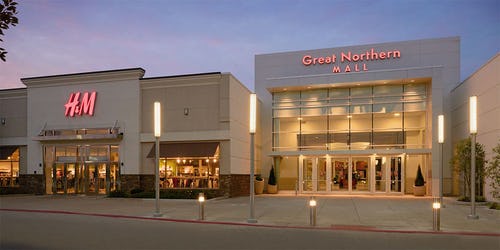 Great Northern Mall security called for police assistance at 7:57 p.m. July 30 regarding a male suspect who had trespassed on mall property and then ran from security.

A female security officer confronted the man and reminded him he was not allowed inside the mall, but he kept trying to walk around her and eventually pushed the officer’s hand away from him, which caused several scratches to her arm.

The suspect then ran from the mall and was caught by North Olmsted police after he ran across Brookpark Road and was in an apartment complex parking lot. When officers approached, the man dropped three watches behind his back. Officers retrieved the watches and asked the suspect how he got them. He claimed they were a gift and offered to give them to one of the police officers. The officer declined. The man then said they could destroy them.

Two department stores in the mall told police that the watches did not come from their stores.

Police have charged the suspect with criminal trespassing.