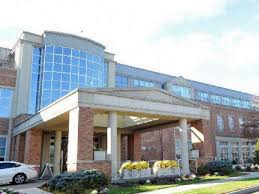 A man is facing charges after police say he hit a medical technician and security guard at Greenwich Hospital.

Greenwich Police say they responded to Greenwich Hospital (5 Perryridge Road) on Saturday, June 8 around 1 a.m. after receiving a report of a male patient who was fighting and had become a security threat.

Further investigation revealed that a patient, identified as Alexander Lionetti, 30, of Palm Beach Gardens, Florida, struck a Medical Technician while he was attempting to deliver care, according to police.

While Lionetti was being escorted from the treatment room, he struck a member of the hospital security staff, police say.

Lionetti was arrested and transported to GDP headquarters, where he was processed and charged with second-degree breach of peace.

Lionetti was released after being issued a Promise to Appear and is scheduled to return to court on Monday, June 17.