Man dies after being shot by CMHA police officer 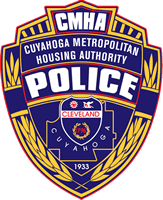 Kimberly Roquemore said the shooting happened around 1 a.m. in the 4600 block of W. 174th Street at The Village at Riverside Park.

Roquemore said her son, Maalik Amir Roquemore, suffered from mental health issues, but was not armed at the time of the shooting.

“My son had schizophrenia and PTSD and saw the cop and started hitting on the cop’s face. One thing led to another and the cop wound up shooting and killing him. My son was unarmed,” she told 19 News.

The Villages at Riverside Park is in Cleveland but is CMHA property.

Police began to assist Maalik after flagging the officers down before allegedly attacking the officer, a CHMA spokesperson said. The incident was caught on the officer’s bodycam.

Ms. Roquemore told 19 News the footage is expected to be shown to her family this week, before it’s released to the public.

The officer used his Taser but Maalik continued to attack the officer, officials said. The officer then fired his gun at Maalik, who died at Cleveland Clinic’s Fairview Hospital after being shot twice, according to his mom.

“He was just awesome. A beautiful person. He will be missed. What I appreciate is now he doesn’t have to look over his shoulder and be uncomfortable with paranoia,” Ms. Roquemore said. “He is free. He can smile and be just as free as he can be from the promised paradise. I hope to see him there when I get up there and I hope I recognize him.”

The officer was also treated for injuries as a result of the attack, officials said.

The Cleveland Division of Police is leading the investigation, officials confirmed.

This story is ongoing and will be updated as more details are released.