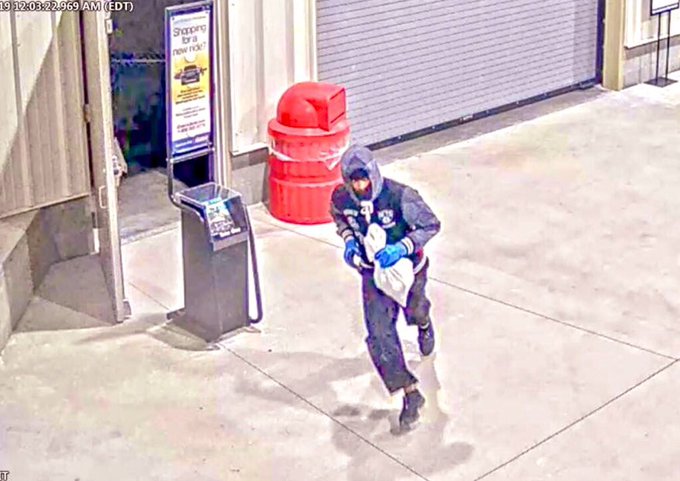 COWETA COUNTY, Ga.  October 19 2019– Authorities are searching for a man who hid in a metro Atlanta Costco for hours before stealing thousands of dollars’ worth of jewelry.

The man went into the store in Sharpsburg around 7:45 p.m. last week and waited until the store closed that night to commit the crime.

Investigators say this man walked inside a Coweta Co. Costco, hid behind a display sign and then stole 13-thousand dollars’ worth of jewelry after the store closed for the night.

“I’ve never heard of something like this,” Jae Robertson, with the Coweta County Sheriff’s Office, said. “This is the first case I’ve ever had like this.”

Employees said they had no idea the thief stayed in the store after it closed.

Surveillance video inside the store shows the man walk inside the Costco on Fischer Crossings Boulevard earlier in the night and case the place before leaving.

He came back a few hours later — and that’s when it got strange.

“The suspect or offender walks around and eventually hides behind a display at the front wall of the business,” Robertson said.

Deputies say the man hid behind the display sign for nearly five hours waiting for the store to clear out and close up.

Deputies believe surveillance cameras from a nearby theater captured the truck the man used to get to and from the Costco. They’re confident someone will recognize the man and turn him in.

Anyone who recognizes the car or the thief is urged to call deputies. Investigators are still working to figure out if there are other suspects in the case.

Customers said the fact that he got away with it is unsettling.

“It think it’s really shocking and scary,” Hilerin Gordon said. “How did he get away with it?”