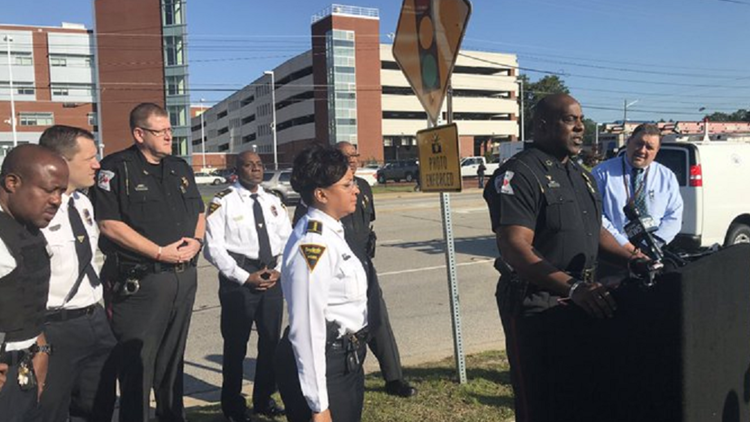 FAYETTEVILLE, N.C. November 8 2019— Authorities say a North Carolina deputy was injured and a suspect was killed when the man tried to take the officer’s gun while at a hospital.

While there, Wright says the suspect tried to take the deputy’s gun.

Fayetteville Police Chief Gina Hawkins says an officer who was at the hospital for a different investigation intervened in the struggle, which occurred about 8:20 a.m. The police department later said in a statement that the officer shot the suspect, who died.

Wright said the deputy is in good condition.

He said the suspect had been arrested Tuesday night on warrants involving a home invasion.