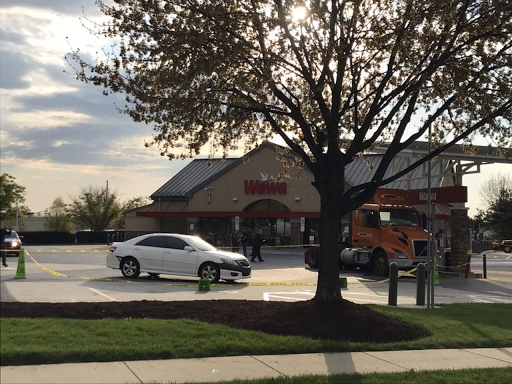 During a news conference Wednesday morning outside the store at Schantz Road and Route 100, Lehigh County District Attorney Jim Martin said the incident began just after 4:45 a.m. as a person driving a white Toyota Corolla fired a shot at a woman who was driving a car on Route 22 between Route 309 and Cedar Crest Boulevard.

The woman didn’t realize she was shot at, and stopped at the Wawa to get a sandwich, Martin said. She realized her car was shot as she left the store, Martin said.

The Toyota driver then walked about a quarter-mile south on Route 100, shot himself in the hand and the chest, and died, Martin said.

A child care center down the road posted that the shooter was at its site. “An active shooter was on foot and police took him into custody at our Brookside Parkland site. Everyone is SAFE,” the Brookside Children’s Early Education Centers posted on its Facebook page.

Authorities have not identified the gunman or any of the victims.

“We don’t have any motive at this point. It appears that the three shootings … were indiscriminate and unrelated,” Martin said.

Arthur Sanchez, a security guard for one of the nearby businesses, told The Morning Call that he parked next to a car that had bullet holes and shattered windows on its passenger side. He had stopped at the Wawa before work.

In the area, businesses were put on lockdown, a school was closed, and roads were off-limits this morning.

This story has been updated with details about motive, identities.