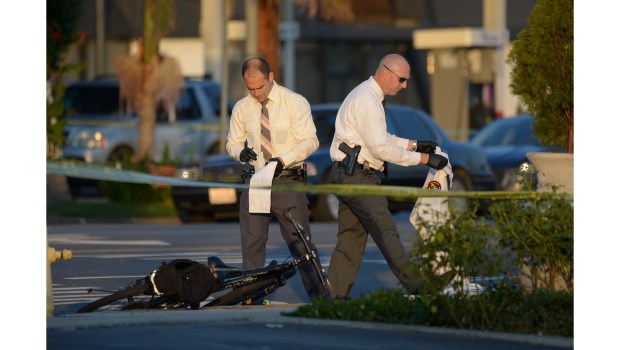 SAN FERNANDO CA July 30 2020— A Sylmar man was sentenced Tuesday to 32 years to life in prison for the stabbing death of a security guard at a neighborhood shopping center in 2017.

Santiago Madrigal, 27, was convicted Jan. 31 of killing 28-year-old Joe Lopez on Aug. 6, 2017, when the security guard tried to detain him for shoplifting. In addition to the first-degree murder count, Madrigal was convicted of second-degree robbery.

Lopez suspected Madrigal of stealing beer from the Food 4 Less supermarket on Glenoaks Boulevard near Hubbard Street, part of the Sylmar Towne Shopping Center where Lopez was employed.

The security guard, a Pacoima resident, died at a hospital.

“It was a vicious assault by an opportunistic thief that turned homicidal,” Los Angeles Police Detective Efren Gutierrez told the Daily News. “The poor guy (Lopez) is just doing his job and ends up getting killed over what appears to be essentially a few cans of beer.”

Police said Madrigal left a trail of blood as he fled to his nearby home. He was arrested later that day and has been held without bail since then, according to jail records.

NC mall employee chased after man, shot him to death