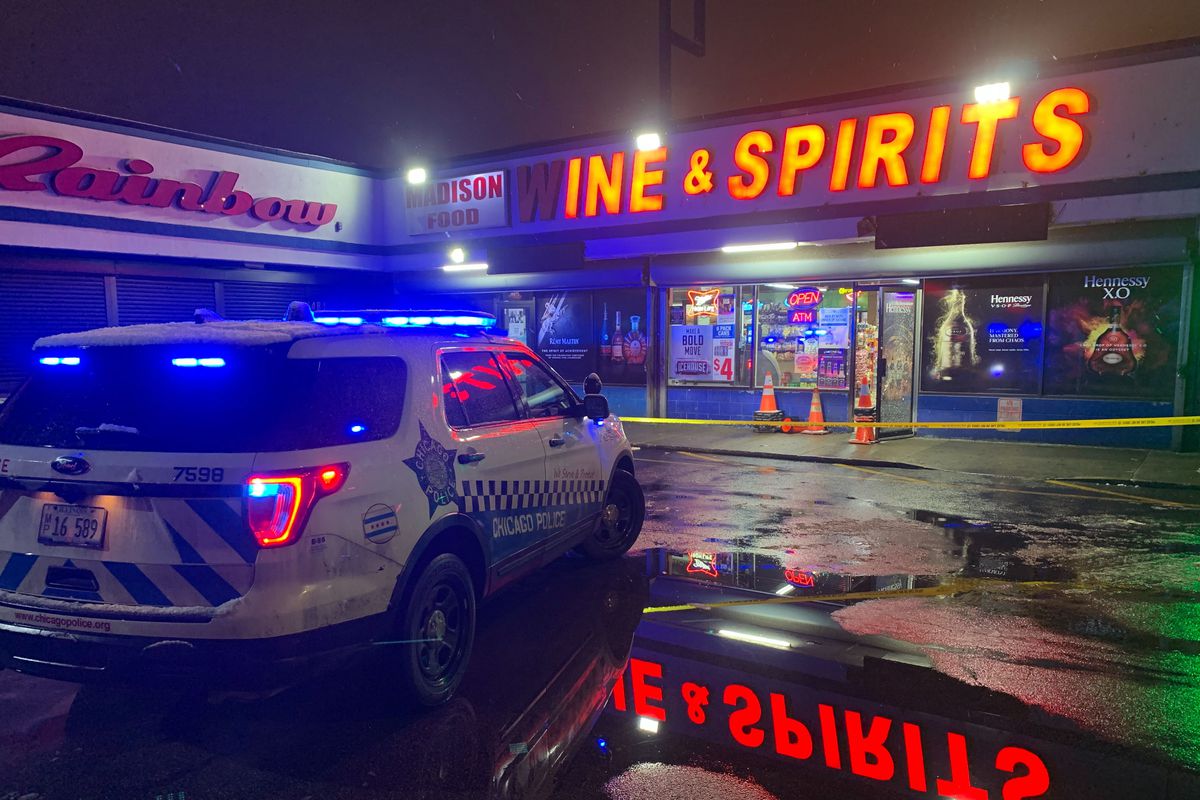 CHICAGO IL Feb 14 2020 -A man was critically wounded after being shot by a liquor store’s security guard Wednesday in Garfield Park on the West Side.

When the argument turned physical, the security guard shot him in the leg and back.

The man was taken to Stroger Hospital in critical condition, police said.

The security officer was taken in for questioning.