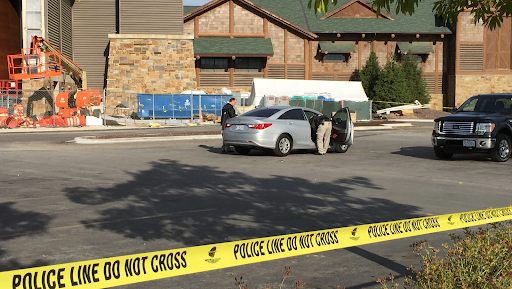 A man was fatally shot by deputies after he allegedly charged at them with a knife in the Bass Pro Shops parking lot in Rancho Cucamonga, San Bernardino County Sheriff’s Department announced Monday.

The incident occurred during a joint operation with the U.S. Marshal’s Task Force Operation around 2 p.m. on the 7700 block of Victoria Garden Lane, authorities said.

According to the Sheriff’s Department, the suspect was in the parking lot of the Bass Pro Shop when the joint task force confronted the man. But he remained non-compliant with law enforcement.

“The suspect initially refused to exit the vehicle, and when he did he was armed with a knife and advanced on the deputies,” sheriff’s spokeswoman Mara Rodriguez stated in a news release. “A deputy-involved shooting occurred.”

Deputies and medical personnel rendered medical aid to the man, who died at the scene.

The SBCSD confirmed that the person shot was the suspect both agencies were looking for. No other injuries occurred and the investigation is continuing.

Around 3:51 p.m., Rancho Cucamonga Police took to Twitter to announce, “The incident is confined to the parking area and did not occur inside the store.”

It’s not clear what occurred or what led up to the call. No further details about the suspect were immediately released.