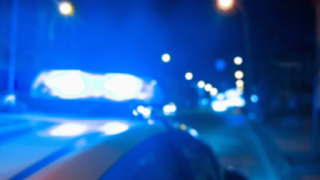 Daniel Aaron Vanadore, 28, was on Temple Square, 50 W. North Temple, after hours and “making unreasonable noises,” according to a police affidavit. Four security guards attempted to escort Vanadore off the property for trespassing and causing a disturbance.

“The victims stated they continued to ask (Vanadore) to leave when he pulled out a knife. (He) then charged at all four security officers, making them run away,” according to the affidavit.

When Salt Lake police officers arrived, they said they spotted Vanadore still holding the knife. He walked away from the officers and dropped the knife, and was taken into custody a short time later. No one was injured in the incident.

Vanadore was booked into the Salt Lake Country Jail for investigation of four counts of aggravated assault and disorderly conduct.