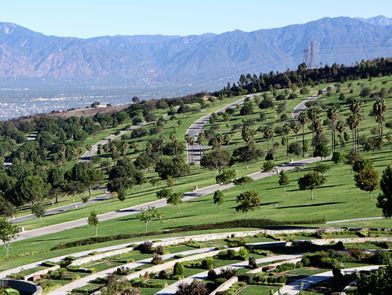 Just after 10 a.m., security staff reported a man who lunged at a guard and tried to stab him at the Whittier cemetery, said Lt. Noe Garcia with the Los Angeles County Sheriff’s Department.

It appears the man, while driving, crashed into other vehicles parked at the cemetery, Garcia said

The man was described as “mentally deranged” or “possibly high as can be,” Garcia said.

Garcia said the man, identified as John Gutierrez of Pico Rivera, was armed with a screwdriver.

He was arrested on suspicion of assault with a deadly weapon and vandalism, Garcia said.

No injuries were reported.