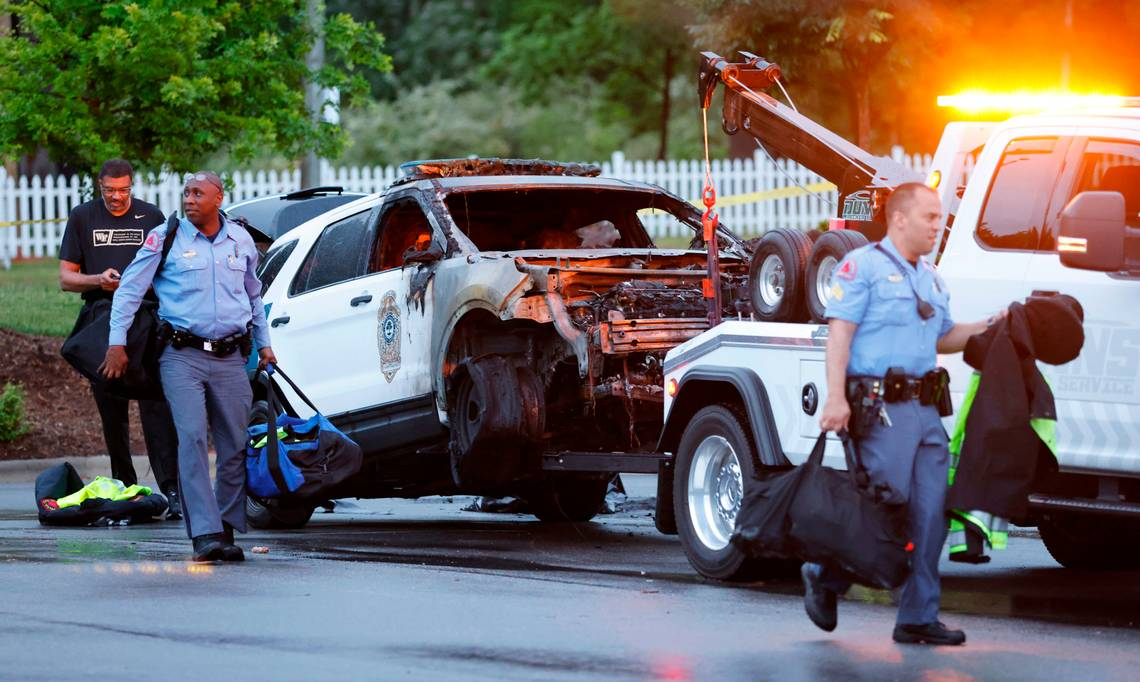 RALEIGH, N.C. May 9 2022 Officers shot and killed a man who they said threw Molotov cocktails at police cars at the Raleigh Police Southeast District Headquarters.

It all started around 1:30 p.m. when an officer spotted a man in the police station parking lot setting multiple cars on fire. That officer immediately called for backup.

When backup arrived, police said the man still refused to stop. In fact, he threw one Molotov cocktail at a nearby officer. That’s when police opened fire, shooting the man multiple times.

He was rushed to the hospital, where he died from his injuries. His name has not been released.

Raleigh Police Chief Estella Patterson said security cameras at the police station as well as officer-worn body cameras all recorded what happened. She plans to file a request to have the video released to the public as soon as possible.