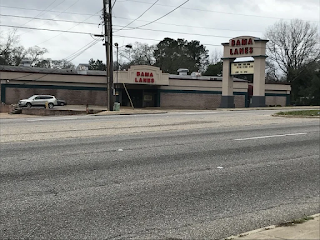 Montgomery police say one person has been killed and six others injured in a shooting inside Bama Lanes on Atlanta Highway.

Police say they were called to the 3000 block of Atlanta Highway at about 1 a.m. Sunday, to the Bama Lanes bowling alley. That’s where they found 21-year-old Jeffery Reed of Montgomery dead of a gunshot wound.

Police have charged 23-year-old Tory Johnson with murder, two counts of first degree assault and four counts of second degree assault. He is being held in the Montgomery County Detention Facility.

Capt. Saba Coleman of the Montgomery Police Department told Alabama News Network, “This was an isolated event and not a mass shooting.”

Bama Lanes has announced that it would be closed Sunday.

The circumstances surrounding this shooting remain under investigation. Police have released no other details, but if you have information, call Central Alabama CrimeStoppers at (334) 215-STOP.