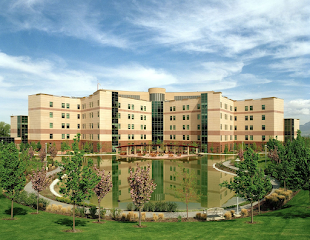 OGDEN UT Jan 14, 2022 — Criminal charges were filed against an unruly McKay-Dee Hospital patient after security officers shot him with Tasers and a security dog was injured during efforts to subdue him.

Ogden police arrested Jason Dean Crane, 41, on Thursday after hospital security called for help about a patient who had barricaded himself in a room and threatened hospital staff.

“By the time we got there, he was no longer out of control and was taken into custody by McKay-Dee security,” Lt. William Farr, Ogden Police Department spokesperson, said Tuesday.

Crane was shot twice with Tasers, but they did not stop him, according to a police probable cause statement. “He became agitated for an unknown reason, and it appeared that he wanted to fight security” before the Taser shots, the statement said.

Hospital security then loosed a security dog on Crane and he quit resisting, but not before the dog suffered a paw injury, the arrest affidavit said.

Police booked Crane into the Weber County Jail on suspicion of four charges, including third-degree felony causing the bodily injury or death of a police service animal and class A misdemeanor assault on a peace officer. The affidavit said the officer with the dog is a state-certified K-9 handler.

However, Crane ultimately was charged only with class B misdemeanor threat of violence and class C misdemeanor disorderly conduct. Ogden Justice Court Judge Clay Stucki on Monday sentenced Crane to 12 months of court probation plus community service hours to be approved by Ogden City.

Farr said it is more common now for hospitals to contract with off-duty police officers to handle security. That brings training and use of Tasers and K-9 helpers.

“Everyone is trying to get to the point of resolving conflict as peacefully as possible without people getting hurt,” Farr said. “A Taser helps to de-escalate.”

“This is part of an ongoing investigation by the Ogden Police Department. So we have to refer you to contact them about any details,” Gillman said in an email.