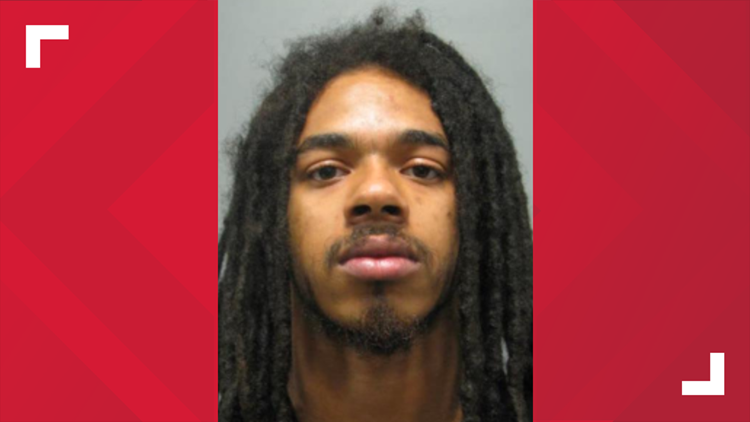 WHITE OAK, Md. January 1 2020— A suspected police impersonator has been arrested and charged with crimes including impersonating a police officer, extortion and false imprisonment.

Montgomery County Police said on Dec. 28 around 6:03 p.m., officers were called to the White Oak Shopping Center in the 11200 block of New Hampshire Ave. for the report of a “suspicious situation.”

When they got there, officers met with a 20-year-old man who said he’d been driving his vehicle through the shopping center’s parking lot when he accidentally turned the wrong way on a one-way lane. He told police that at that time, a white Nissan Versa with Allied Security markings drove behind his vehicle. The driver of the Nissan then turned on the vehicle’s roof top light bar which emitted a yellow flashing light.

Police said the victim was stopped by the Nissan’s driver, an Allied Security guard, in a security uniform. The suspect then approached the victim. The security guard has been identified as 24-year-old Kareem Hart.

Officers from the 3rd District have arrested Kareem Hart, age 24, of District Heights, Maryland, and have charged him with crimes to include impersonating a police officer, extortion, and false

Hart told the victim he’d write him a $250 ticket for turning onto the one-way lane, but “if he sent him $50 via an electronic payment app, then he wouldn’t write him a ticket.”

The victim told police he sent the money to Hart via the app. Then the victim left and called police.

Police said around 7:50 that night, officers found the Nissan Versa in the White Oak Shopping Center parking lot and identified the driver as Hart. The victim also identified Hart as the suspect who’d impersonated an officer and conducted a traffic stop of his vehicle.

Hart was arrested and taken to the Central Processing Unit. He was released on bond.

Police are concerned there are additional victims of Hart’s police impersonation and are asking anyone who’s come into contact with Hart while he was representing himself as a law enforcement officer to call police at (240) 773-6893.