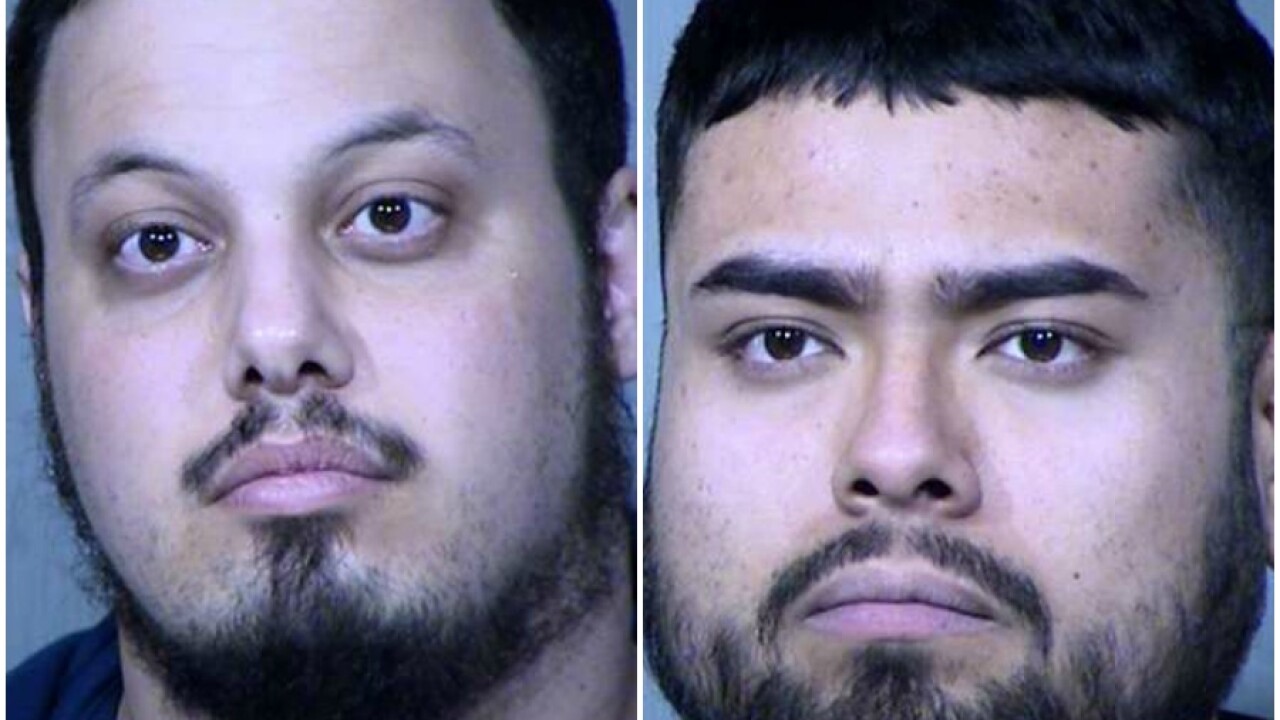 According to court paperwork, around 10 p.m. on October 21, two men followed a Phoenix police vehicle “through a secured gate and onto the airfield area” at Sky Harbor.

Phoenix police have since said that the men did not actually enter the airfield but were stopped in a secured area beforehand.

Paperwork shows the officer confronted the men, later identified as Joshua Ryan Heisler, 27 and Anthony Garcia 26, and commanded them to “exit the airfield area.”

Court records show that Heisler told the officer that he and Garcia were DPS K-9 sergeants. However, police say neither of them could provide legitimate credentials.

Police say they found a Glock Airsoft style gun in Heisler’s pocket and another one in his backpack.

They both have been charged with criminal trespassing and impersonating a peace officer.

A spokesperson for Sky Harbor provided the following statement regarding airport security:

“Sky Harbor has multiple layers of security. Some are obvious, such as security and airport staff along with Police patrolling the grounds around the clock. We have additional security tools that we cannot discuss because they are considered Security Sensitive Information but we are always looking for ways to improve our security.”