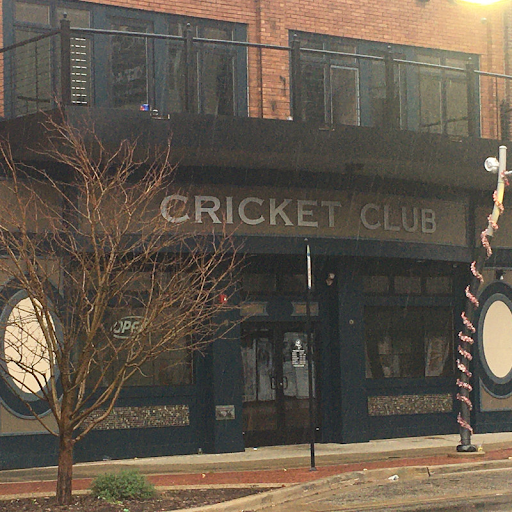 BATTLE CREEK, Mich. January 27, 2022 A security guard who shot and killed a customer during a brawl at a Battle Creek club on Thanksgiving will not face criminal charges.

In an opinion released Tuesday, Calhoun County Prosecutor David Gilbert said he will not pursue charges against the guard, citing a Michigan “stand-your-ground” self-defense law.

Xavier West, 29, was killed in the shooting at the Cricket Club in downtown Battle Creek just after midnight on Thanksgiving. Police say a large fight broke out on the second floor of the bar. As workers were hustling people out, the guard was knocked to the ground and attacked. Video clips from other clubgoers show the guard drew his gun and fired twice, hitting West in the chest. West died at the hospital.

Battle Creek police in December submitted a case for charges to the prosecutor. They did not say then what charges were being sought.

News 8 is not using the name of the guard because he does not face charges.

Investigations detailed in Gilbert’s opinion reveal a chaotic night at the crowded bar, as pieced together from security footage, two witness videos and witness statements.

Investigators estimated around 900 people were at the bar, which is believed to have a capacity of 300. The Cricket had about 22 bouncers and security guards working that night, all wearing bright green or orange shirts.

The security guard was stationed at the entrance for most of the night, carding people and searching them before letting them in.

Gilbert noted that security footage showed West walked past the security guard and was not carded before entering. In the footage, the prosecutor said, West was seen socializing on the dance floor and going to the bar.

Several hours into the night, multiple fights broke out on the second floor. Some witnesses said someone threw a drink, which may have initially started the fight. One witness described bartenders being assaulted and people trying to steal bottles of alcohol from behind the bar. A bartender working that night described it as a “riot.” The DJ was told to stop playing music and the lights were turned on.

Investigators say camera footage showed a commotion on the west side of the bar, with most people leaving that area but some men going toward it. Gilbert noted that while there were lots of aggressors, the security guards did not appear to be acting as aggressors.

Once the security guard was on the floor, West was seen punching down on him and another person kicking him. Multiple people were involved.

“(Security guard) is on the floor being struck by numerous people,” Gilbert wrote. “The aggression is specifically targeted at (security guard). (Security guard) appears to try to get back up but the crowd pushes him back down while hitting him.”

The security guard was seen pulling out his gun. He tried to stand while West was still punching him, Gilbert said.

West broke free of the person trying to hold him back and dove onto the security guard’s back, causing the guard to fall forward. The guard’s left arm came out. On phone footage from a witness, two shots were heard.

After he was shot, West went to sit at a nearby couch.

The security guard stood up with his gun, stating, “get back.”

Once police arrived, the security guard was taken into custody.

West was brought to the hospital, where he died.

The security guard told officers he feared for his life. He had multiple scrapes, abrasions and bruises, blood on his T-shirt and face and a possible concussion.

The prosecutor said because of Michigan’s “stand-your-ground” law, the security guard cannot be charged unless it can be proven he was not acting in self-defense.

Gilbert described the incident as an “intense” and “unprovoked” beating. He said self-defense cannot be disproven.

Gilbert noted that “further review for criminal prosecution may be had in the event further information is developed contrary to the information currently available.”

He said that while around 900 people were there, only 12 gave witness statements, and that while security footage shows multiple people filming, only two videos were given to investigators.

“I respect the work of our prosecutor, and the effort his team placed into this complicated case,” Chief Jim Blocker said in a Tuesday statement. “Out of respect for the family, others involved in the incident, and our greater community, I have requested the Michigan Attorney General’s Office review this case and its findings.”

BCPD says Blocker will submit information from the case to an assistant attorney general on Wednesday.