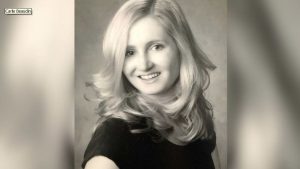 MILWAUKEE WI Jan 31 2019— The woman who died after she was found early Friday morning in a Milwaukee hospital parking structure trapped under a car and bleeding from the head has been identified.
Froedtert Hospital said Sunday the woman was Carlie Beaudin, a nurse practitioner in the Department of Medicine’s Division of Hematology and Oncology at the Medical College of Wisconsin and Froedtert Hospital.
WISN-TV reports that the hospital released a statement saying in part:
“The MCW and Froedtert community is heartbroken by this tragic loss, and we extend our thoughts and prayers to her family, friends and co-workers during this difficult time.
“Carlie had a tremendous impact across the campus for more than a decade as part of the Froedtert & MCW family. She was a respected and loyal employee of the Medical College of Wisconsin since 2014 and Froedtert Hospital from 2007-2014. Her presence was felt by all who knew her, providing both warmth and strength to patients as well as mentorship to new advanced practice providers (APPs) and nurses. We ask for the community to respect the privacy of her family and co-workers as they grieve this tragedy.”
The statement also said the hospital has enhanced security measures.
The Milwaukee County Sheriff’s Office is investigating Beaudin’s death as a homicide.

The Sheriff’s Office said Friday that a 27-year-old man is in custody in connection with the case. No other details about him have been released, according to WISN.