Months after his death, loved ones are still waiting for a payout from his employer, the TSA 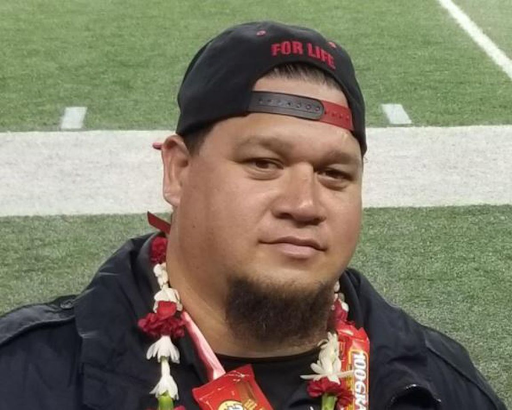 HONOLULU, Hawaii March 31 2021 The union representing a Transportation Security Administration worker who died of COVID-19 in Hawaii said the federal agency is stonewalling them on their request for workers’ compensation death benefits for his family.

“This is a TSA officer who gave his life serving the public. He should not be treated that way. He should be honored making sure his family received all of the benefits,” said Joe Mansour, national workers compensation specialist for the American Federation of Government Employees, which represents 45,000 TSA employees.

“When police officers get shot on the streets and get killed in the line of duty, they usually promote them and make sure (their families) get their benefits.”

Maui Kahalepuna — a TSA baggage screener and Kahuku High School assistant football coach — died of COVID in December. He was 43.

According to Mansour, Kahalepuna’s wife filed for workers compensation benefits a month after he died.

Mansour said that the TSA didn’t respond to her claim for nearly two months and is now trying to deny those benefits, saying he did not get sick at work.

He said the department is also trying to withhold his annual leave pay owed to Kahalepuna’s family.

If approved, Kahalepuna’s family is entitled to 75 percent of his annual pay.

TSA officials had no response on the delays, saying the claim was being handled by another department. But it said it’s willing to offer any support for Kahalepuna’s family.

Mansour said the TSA has not been supportive, noting that when Kahalepuna’s wife first attempted to file for the workers comp benefits in January, human resources supervisor Cheryl Enoka sent her the forms, telling her she could file “as you chose.”

“What kind of human being would do that to a wife of a decease officer that worked for you,” he said.

Mansour has also asked the U.S. Occupational Safety and Health Administration to investigate how many TSA workers here have gotten infected by the coronavirus.

He believes Kahalepuna got sick at work and not a home, saying three co-workers got sick around the same time.

“The first thing they told OSHA is it didn’t happen on the job … We have proof he didn’t get it at home,” said Mansour.

“When Maui tested positive, I had the family take COVID tests. The wife and the children came negative.”

However, TSA officials said the infection rate for its Hawaii and Pacific region — which employs nearly 1,500 people — is very low.