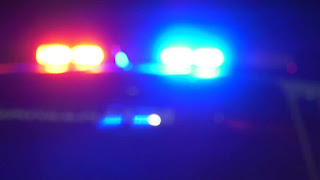 MOUNTAIN VIEW CA May 3 2021– Police are seeking witnesses to an assault early Monday at a nightclub in downtown Mountain View that left two men injured, one of them severely.

Officers were called at about 1:40 a.m. to the Monte Carlo at 228 Castro St. for reports of a fight, the Mountain View Police Department said in a statement. Several people told police a 48-year-old man had been hit in the head with an object and knocked unconscious. The man, they said, also fell to the ground and hit his head.

Police said security guards chased a suspect into the rear parking lot of the establishment and tried to detain him, but he jumped into a light-colored Audi sedan, reversed the car and hit a 24-year-old man who had attempted to intervene in the incident.

The second victim was also punched in the face before being hit by the car, police said.

Police said the suspect drove away from the scene and had not been found as of Monday. A description of the suspect was not available.

Both victims were taken to area hospitals, police said. The man who was hit inside the club remained in critical condition Monday. The condition of the second victim was not known.

Anyone with information about the suspect or the incident is asked to contact Sgt. David Fisher at david.fisher@mountainview.gov.