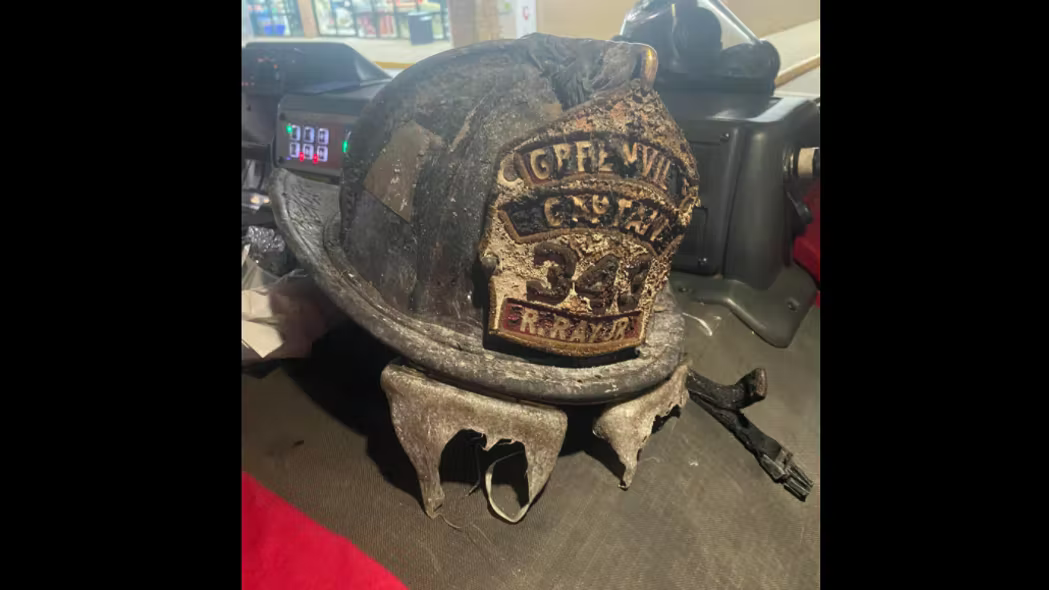 A group of Mississippi firefighters caught fire during their desperate attempt to save a 3-year-old from a burning apartment on March 1, according to the Greenville Fire Department.

The boy died in the fire.

But the valiant attempt to rescue him at all costs is being hailed as heroic in Greenville, 150 miles southwest of Memphis, Tennessee.

He also shared a photo of the helmet worn by Fire Captain Randy Ray Jr., showing how it melted atop his head during the rescue attempt.

“They pushed themselves through smoke, heat and fire. The bottom floor was fully engulfed upon arrival. But, this didn’t stop them. They proceeded to the top floor,” Brown wrote.

Ray was treated at the scene by Pafford EMS for injuries, city officials said. His condition was not released. The other firefighters escaped injury.

The fire happened at the Cypress View Apartment community, officials said. Firefighters arrived about 5 p.m. to find “heavy flames” coming from the two-story building, according to DeltaNews.TV.

Brown’s Facebook post received hundreds of reactions and comments, including some who noted the firefighters were lucky to make it out alive.

“They clearly went through hell and tried … but still made it out,” Theautry Littlejohn wrote.

“Huge props to the brave women and men who fought valiantly to save this child,” Martha Marshall said.

“This is the cost many never get to see when it comes to fighting a fire. The first in, the last out,” Dusty Riley posted.