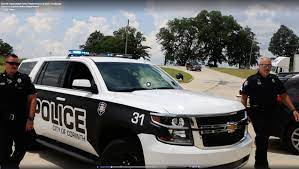 Police and EMS responded to a shooting of a security officer on Thursday, July 15th.

The security officer was treated at the scene but died at the hospital.

Aaron Hughes, 26, and another security guard passed a handgun from one to the other, and the gun discharged, and the bullet struck Hughes in the chest above his bulletproof vest.

Corinth Police Chief Investigator Dell Green said the incident happened the afternoon of Thursday at a business on Cass Street.

The two men believed the gun was not loaded, Green added.

The shooting death of a security guard in Corinth is being ruled an accident.

Hughes was also a member of the Jacinto Fire Department in Tishomingo County.