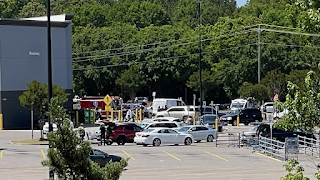 Montgomery police responded to a report of a shooting outside Sam’s Club located just off the Eastern Boulevard Monday afternoon.

Upon arrival, officers found a deceased person later identified as Tommie Small, 38, of Florida. He died on the scene according to police.

Capt. Saba Coleman said that at the time of the shooting, an off-duty police officer from an outside agency happened to be at the store and quickly caught the suspect, since identified as Tre’Darrius Portis, 28, of Montgomery. Coleman said Portis was still in possession of a weapon at the time of his capture.

Coleman confirmed the victim and suspect were known to each other, though the circumstances surrounding the shooting were still under investigation.

Portis is now being held at the Montgomery Count Detention Facility without bail on a capital murder charge.